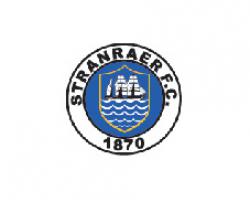 Gers labour to victoryRangers brushed off another round of off-field dramas to beat Stranraer after Lee Wallace and Jon Daly's goals confirmed a 2-0 win.The Light Blues arrived at Stair Park on Tuesday night 36 hours after announcing they had been forced to arrange a B#1.5million loan just to keep the lights on at Ibrox.But there was no spark in their play as they struggled to impose themselves on Stevie Aitken's hard-working side.Wallace netted from the League One leaders first attack after four minutes.But that was as good as it got in the first half and by half-time, Rangers were lucky to be ahead as Cammy Bell twice came to their rescue.The goalkeeper made a pair of breathtaking stops to keep out Daly's mistake and a Scott Robertson strikeDaly, who had missed a glorious headed chance during the first 45 minutes, did the same after the break as keeper David Mitchell came up with an impressive reaction stop.But the Irishman was gift-wrapped his 23rd-goal of the season when Mitchell's mistake left him with an empty net to roll the ball into two minutes from time.It did not change the fact the champions-elect had limped towards another uninspiring win but they have maintained their 21-point lead at the top of the table and now need just three more wins to wrap up promotion to the Championship.Stranraer remain third and on course for a play-off spot but now trail Gers by a huge 35 points.Ibrox boss Ally McCoist demanded an immediate improvement from his side after they slipped-up with a 3-3 draw against Stenhousemuir on Saturday and he got it as Wallace netted just four minutes in.Stranraer had started brightly but the full-back pinched the ball as he played a tidy one-two with Nicky Law before finding the net from the corner of the box.Mitchell looked like he was down in time to save the Scotland cap's left-foot shot but let it spill past him.The goal should have steadied Rangers but they still looked nervy in the moments after.Bell had to save Daly's blushes with a reaction save when he mis-kicked the ball towards his own net, while Jamie Longworth hooked over the bar from Andrew Stirling's resulting corner.Daly should have put daylight between the visitors and Stranraer on 18 minutes but made a mess of his header from eight yards out after Steven Smith sent over a fine cross from the left.The Glasgow giants had their hearts in their mouths midway through the half after Andrew Stirling skinned Richard Foster out wide before tumbling in the box as the right-back tried to get back in position but referee Euan Anderson was right to book the Stranraer winger for diving.There was another scare 11 minutes before the break when a Mark Docherty free-kick was headed down by Steven Bell for the unmarked Robertson 15 yards out

He drilled a low shot towards the bottom corner from 15 yards out but Cammy Bell saved brilliantly as he sprang to his right.It was another sloppy first-half display from the league leaders, with Foster and Arnold Peralta lucky not to be hooked at the interval after dreadful displays.But they should have doubled their lead just before the hour mark after cutting the hosts open with a fine move.Bilel Mohsni sent Wallace galloping down the left and the full-back's cross was perfect for Daly to thump a header downwards, only for Mitchell to save with his feet before pouncing on the rebound as the Rangers striker rushed in for a second chance.Peralta had made himself a hate figure amongst the Stranraer support with a number of dubious tackles but was finally punished on 75 minutes with a booking for scything down Grant Gallagher

McCoist decided to take no more chances and promptly replaced the Honduran with Robbie Crawford.Rangers still looked far from settled in the closing stages but wrapped up the win when Mitchell rushed from his line to try and head away Foster's long punt, but instead headed against Daly, leaving the striker to roll home into his unguarded net